Tetanus: the nightmare of an unvaccinated child

Oregon, USA., 2017. A 6 year old boy gets a cut in his forehead while playing in the farm where he and his family live. The wound is cleaned and sutured at home. So far this sounds like any day in the life of a child, but not this time.

The child’s parents had decided not to vaccinate, so he had not recieved immunization for any disease. This meant 6 days after the accident he had to be hospitalized in the ICU of OHSU Doernbecher Children’s Hospital in Portland. The reason? A tetanus infection. The medical staff indicase they hadn’t seen a tetanus case in over 30 years.

Tetanus is a bacterial non-transmissible disease, bacteria enter the body through a wound or cut in the skin produced by a contaminated object. Bacteria Clostridium tetani produce toxins that interfere with muscle contractions, producing muscular spasms. These start in the jaw and extend to the rest of the body. Sometimes the spasms can be so strong as to produce bone fractures. Other symptoms include high fever, sweating, headaches, difficulty swallowing, hypertension and tachycardia. Symptoms present 3-12 days after exposure, can last several weeks and take months to achieve full recovery. 10% of infected patients die.

After the diagnosis, the child had to stay almost 8 weeks in the hospital, followed by 3 weeks in a rehabilitation facility before he could go back to his normal life. Tetanus immune globulin and diphtheria and tetanus toxoids and acellular pertussis vaccine (DTaP) were administered. HE was taken to the pediatric ICU, where he stayed in a darkened room wearing earplugs and with minimal sound stimuli (any noise would elevate the intensity of his muscular spasms). IV antibiotics were administered and his wound was treated.

The spasms in his neck and back worsened, he also suffered from hypertension, tachicardia and fever up to 105ºF. A tracheostomy was placed for prolonged ventilador support. After 47 days in the ICU he was transferred to intermediate care unit, where he stayed for 10 more days. He was then taken to a rehabilitation facility for 17 more days.

The cost of this hospitalization was $811.929 dollars, which didn’t include air transportation, inpatient rehabilitation, and ambulatory follow-up costs. Despite recommendations by the medical staff, the child’s parents refused a second dose of the DTaP vaccine or any other immunization.

Unvaccinated or inadequately vaccinated persons are at risk for tetanus, irrespective of age, and recovery from tetanus disease does not confer immunity. This means this child could get tetanus again if extra measures are not taken to prevent it. 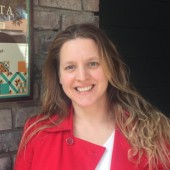 The privilege of being your mother

Pasta sauce, a great way to include veggies in kids’ food

‘I’m Sorry’: Why I don’t mind if you say it when you hear my daughter has autism

Recycled crayons, fun winter crafts to do with the kids